THE Only Way Is Essex star Jess Wright had given her fans an insight into the birth of her child – baby boy Presley.

The former reality TV star took to Instagram to give fans a sneak peek into the birth, as she celebrated her sweet son’s “three month birthday” with an adorable video.

Jess, 36, shared a number of clips from Presley’s birth and his first few weeks of life as she celebrated her first child.

The video showed the star cradling her bump before the birth as she swayed back and forth in excitement in her hospital room.

Jess was then surrounded by her family, including her husband William Lee-Kemp, mum Carol and sister Natalya.

Dressed in her hospital gown, the video then revealed the star going into theatre to have a caesarian section – showing Presley crying after his birth before being cuddled by Jess. 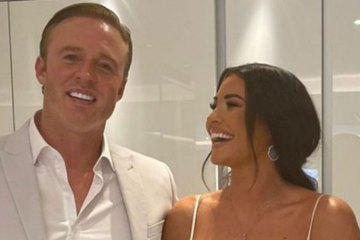 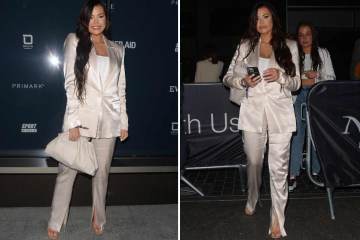 Further snaps and clips saw Jess cradling her son, as well as proud dad William and her family – who doted on the newborn.

Jess and William then posed by the exit of the hospital, with little Presley in a baby carrier, before heading home with the newborn.

“12 weeks today and for some reason it feels like a milestone so I wanted to share some special memories from Presley’s birth,” she captioned the emotional post.

“A couple of more recent times including a video of him today on his three-month birthday. My angel boy, you are my everything.”

It comes after Jess revealed she had given birth to her first child in May – as fans suspected she’d had the baby after going uncharacteristically silent on social media for several days.

Jess announced she was pregnant in November but kept the fact she was having a boy secret until January this year.

The star posted a black and white picture of her bump saying: “Beyond grateful for this blessing.”

She later told fans she was “totally and utterly overwhelmed” after learning she was pregnant.

Jess posted on Instagram: “Pregnancy – It certainly is a rollercoaster & that’s the best way to describe it!

“I’m scared, excited, grateful, vulnerable & quite frankly totally & utterly overwhelmed at not even knowing what to expect!

“I also wanted to acknowledge the following, since announcing that we are expecting our baby. My heart goes out to anyone that this was a trigger for.

“In the past few years my world has been opened up to the realm of fertility & all the struggles that can come with it.

“Be it, close friends or friends of friends etc, I have seen the struggles to conceive, the sad loss of babies & a whole world really that consumes your every day as a woman.”

She disagrees with her son’s parenting choices. Can she say anything?

Follow these skincare tips during pregnancy for acne flare-ups, blemishes and pigmentation

Follow these skincare tips during pregnancy for acne flare-ups, blemishes and pigmentation