ALANA “Honey Boo Boo Boo”) Thompson has shared another heartbreaking update on her broken relationship with her mother.

The O.G. Toddlers & Tiaras star has long been separated from the troubled Mama June Shannon.

One TikTok fan wrote that she asked Mama how Mama was doing recently.

The 17-year-old answered, however, with sadness and tears.

“We aren’t too sure,” Alana apparently answered. “She doesn’t really speak to us.”

Fans rallied around the teenage boy after hearing the devastating news. 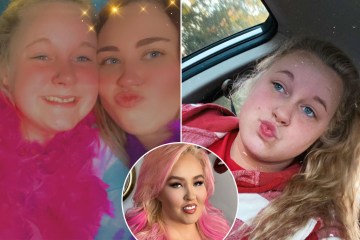 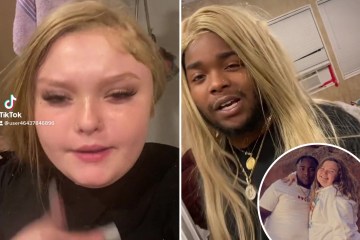 One fan stated, “You didn’t deserve the ridicule and hate you received. You were a child.” “Proud that you are where you’re at now.”

Another said, “I felt totally lost after not speaking to my mom. Keep going girl. You can do it!

Lauryn Efird is a big sister, highly praised by her third cousin. She has now taken on the role of de facto mom.

You deserve the best of life. Pumpkin did an incredible job taking care you.

Alana’s emotional reaction was contrary to the TikTok slam Pumpkin had delivered a week before.

This song is used to illustrate a TikTok trend that shows a situation going from “How It Started” to “How It Ended.”

Alana started to dance to the song and looked slyly at her camera.

The caption above her dance said: “Sister who needed to be a momma.”

The reality star then grabbed the camera and swung it to show her 22-year-old sister standing in the kitchen.

Pumpkin started to smile and did a similar dance.

The caption above her dance said: “The sister who came in clutch and raised it.”

Mama June has had a strained relationship with her four daughters, including her eldest child Anna, 28, for quite some time.

The mom-of-four has largely been out of the picture ever since her 2019 arrest, along with her boyfriend at the time, Geno Doak, on drug possession charges.

Mama June, 42 years old, is now showing off her dramatic makeover and new hairstyle after being accused by fans of using faulty fillers.

The first snap featured the From Not to Hot star in full “glam” makeup while visiting El Paso, Texas.

Her natural blonde hair was highlighted by pink hair dye. She wore bright red lipstick and a white shirt with a black and brown shirt.

Although the second photo looks similar to the original, June added jewelry to her neck and wrists as well as rhinestones to her eyes.

The third pic, shared because she “still looked awesome,” is a selfie of the Here Comes Honey Boo Boo alum.

It featured June with her hair pulled up in a side ponytail, after she had finished the day’s events.

One fan commented second on the post, saying, “The most glam version you have ever put out!”

Another person commented, “Wow! You are so beautiful.