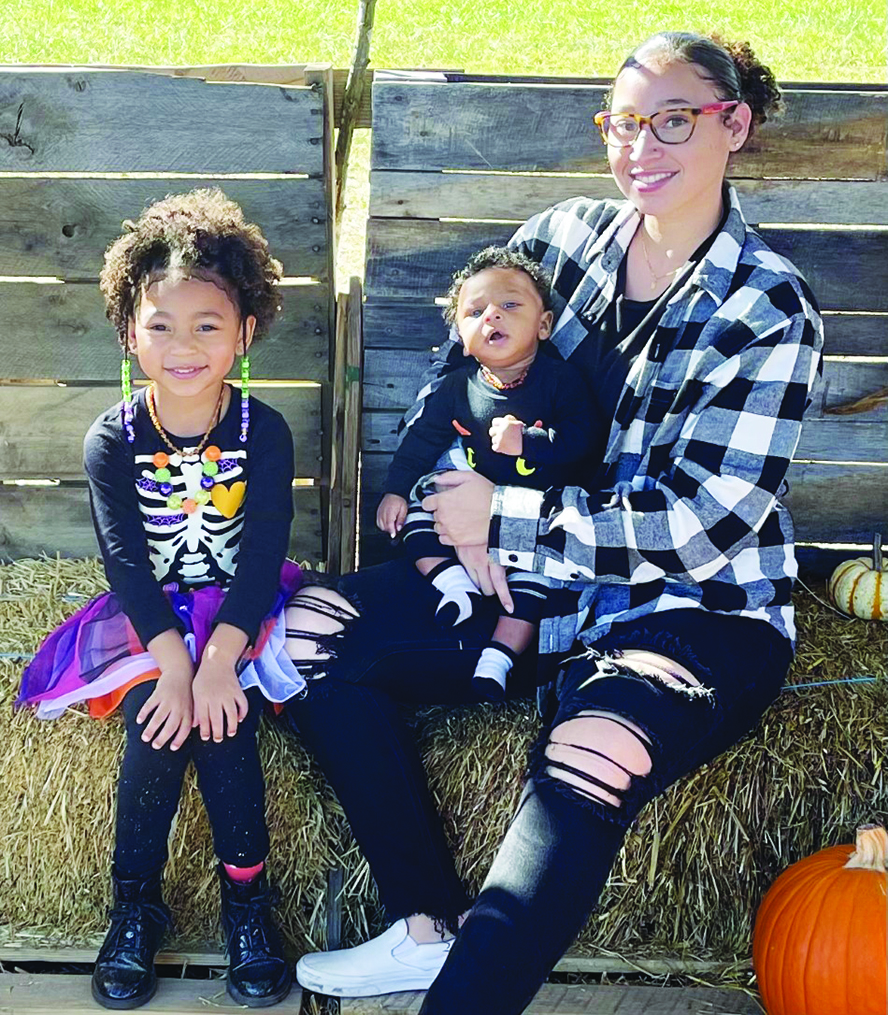 Ashton Gabrielle Brown was beautiful as a young woman and mother who had a passion for living.

This young family was tragically taken from the world unexpectedly on April 18. Many people in our community know the story of Ashton Brown’s family. (The boyfriend of one of the three was believed to be the father of the children and she killed him. He then committed suicide.

Ashton’s parents don’t want the tragedy of what happened on that day in April to be the end of her story.

According to her family members and friends, Ashton Brown is a kindhearted soul. Ashton Brown loved playing softball and basketball as a child. After playing both sports for four years in high school, she went on to play softball at Shaw University in Raleigh and Winston-Salem State University for two seasons.

Ashton was a 2014 scholarship recipient of the Davie County Training School – Central Davie High School Reunion Scholarship under the Davie Community Foundation. She pursued a bachelor’s degree in birth-kindergarten education with a minor in early intervention.

After graduating from Winston-Salem State, Ashton was offered a job as a special education teacher at South Fork Elementary within the Winston-Salem Forsyth School District. She loved children with special needs and had a passion for them.

Ashton was the mother of Bella Rose, and Brixtyn, her children. She was a fantastic teacher and mother.

“She was a mama that loved her babies,” said Christina Stuckey, Ashton’s mother. “They were everything to her.”

In June 2022, Ashton’s friends hosted a softball tournament in her memory. Organizer Valerie Langley played softball with Ashton and knew it was “her first love before her kids.”

“Ashton had a great sense of humor and always kept the team upbeat,” said Langley.

Brian Turner, one of Ashton’s former softball coaches said she was a player that “gave it her all.”

Ashton’s friends and family plan to host the tournament annually to add to the scholarship established in her memory.

If you wish to increase the scholarship, please send a donation either to the Davie Community Foundation at PO Box 546 in Mocksville (NC 27028), make checks payable the foundation with the scholarship name as the memo section, or donate online at www.daviecommunityfoundation.orgaviefoundation.org. Click on the “Donate” button and choose “Ashton G. Brown Memorial Scholarship” from the “Allocate Donation” drop down.

We will all remember and honor the memory of a young mother and her two children when the Ashton G. Brown Memorial Scholarship for Davie High is presented. It is hard to believe that Ashton will root for each of them from the top.

Simpson can be reached at (336) 753-903 to learn more about the foundation. [email protected] Visit www.daviefoundation.org.

Everything They've Said About Parenting