Two Signs You Grew Up With Helicopter Parents 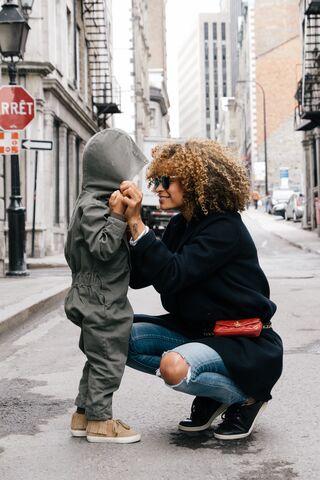 Many people come to therapy confused about the extent to which parents should be involved in their kids’ lives and what constitutes crossing the line. They may ask questions such:

Helicopter parenting is an overprotective form of child-rearing where parents constantly monitor their children’s activities and provide them with excessive levels of support, like a helicopter swooping in at the right time for a rescue.

While the intention behind helicopter parenting is usually good–to keep children safe and help them succeed–the reality is that it can often do more harm than good. Research has shown that helicopter parents are more likely than others to have children with low self-esteem, anxiety, and depression.

Here are two behavioral tendencies that a helicopter parent uses to stay over-involved in their kids’ lives.

Helicopter parents often keep in touch with their children through text, phone calls, social media, or email. They might also ask for frequent face-to–face check-ins even if the child is not at school or college.

While it can be useful to keep track of whereabouts of your child, it is not a good idea to allow them to reach out to you when you need.

The study was published in Journal of Psychosocial Nursing and Mental Health Services found that while keeping constant tabs on one’s kids might keep parents from worrying, it can also chip away at their child’s sense of independence and self-efficacy. Low self-efficacy may lead to greater and more complicated problems, such as self-esteem issues and anxiety disorders.

Children with helicopter parents may be alienated from their peers, according to the study. Parents might refuse to allow their children to go out at certain times or engage in dangerous activities, which can hinder their socialization. To avoid embarrassment, the kids may prefer to isolate themselves.

As the child grows, it is best for parents to not keep track of their child’s every move. This not only saves parents’ energy but also pushes the child to develop key life skills like risk-taking, being responsible for their own safety, and, most importantly, being open and authentic.

Being over-involved in your child’s life is a protective instinct. This instinct can perceive any situation that could cause discomfort or pain as a threat. Even if it might help you both grow, there are still risks.

Helicopter parents are known to try to save their children from the disappointment that comes with failure by intervening and taking control. They could pull certain strings to turn a rejection into an acceptance, jump in at the last minute to finish their child’s project, make phone calls or donations on their behalf, file complaints, and so on–just so the child does not have to face the consequences of their actions or the plain facts of life.

Children learn to cope with frustration and disappointment when their parents are there for them. They may not be able to cope with life’s challenges later on in their lives.

An essay published in Parenting Culture Studies Parent blaming is one of the many erratic coping strategies that a child may develop as a result of such over-protection. Parent blaming is when a parent protects their child against negative experiences and tries to be a good father or mother, but then gets blamed by their child for any problems that they may face later in life.

At their worst, problems like needless interference and over-protection can result in a dysfunctional family dynamic that is not addressed. It might be a good idea to let your children pay their dues in order to avoid causing permanent strain to your relationship with them.

Although helicopter parenting may seem like a good idea, it can be dangerous and cause prolonged suffering. Professional help may be necessary if you suspect that your parents, or your parenting style, has helicopter tendencies.

Womankind Ep 6: How can a new mum practise self-care?

Resentence mom who put newborn in trash at sorority

Resentence mom who put newborn in trash at sorority