by Baby Care News
in Lifestyle
Reading Time: 2 mins read
A A
0 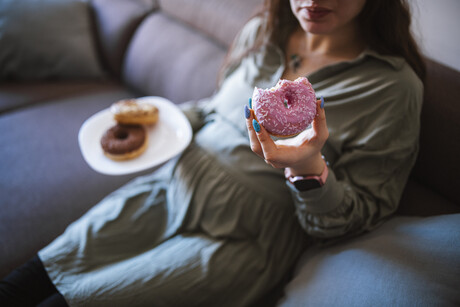 A mother’s health and lifestyle during pregnancy are important regulators of her child’s neurodevelopment, according to research from the University of Turku and Turku University Hospital. The mother–child study examined how maternal gestational diabetes, obesity and diet during pregnancy affect the development of cognitive, language and motor skills in two-year-old children.

Air displacement plethysmography was used to determine maternal adiposity, while an oral glucose tolerance test was used to assess gestational diabetes. The diet quality index and questionnaires on fish consumption were used to assess the maternal diet. These results were published in The Journal Pediatric Research.

“On average, child neurodevelopment in our data was in the normal range,” said doctoral researcher Lotta Saros from the University of Turku. “Our research results showed that two-year-old children whose mothers had been diagnosed with gestational diabetes had poorer language skills than children whose mothers had not been diagnosed with gestational diabetes.”

The study also found that children with lower cognitive, language, and motor skills were associated with higher maternal body fat. Saros noted, “Previous studies have not examined the association between maternal body composition and children’s neurodevelopment.”

Gestational diabetes and obesity, and high body fat mass in particular, have unfavourable effects on the mother’s metabolism and increase inflammation in the body, the researchers found. These are the likely mechanisms through which the detrimental factors impact the child’s neurodevelopment.

The study also revealed that better dietary quality of the mother’s diet was associated with better language development of the child. A similar finding was also discovered between a mother’s fish consumption and her child’s neurodevelopment.

These results show that good-quality food contains unsaturated fat acids, which are also found in fish. The neurodevelopment of children is supported by soft, unsaturated fats like omega-3 fatty acids.

“A healthy, comprehensive diet during pregnancy can be particularly beneficial for the neurodevelopment of the children whose mothers belong to the risk group for gestational diabetes due to overweight or obesity,” said Professor Kirsi Laitinen, leader of the research group at the University of Turku that implemented the study.

American mothers are stressed and worried about their children's mental health

Wynter Andrews: NHS Trust to appear in court over death of baby 23 minutes after birth